Home Run: The Reverse Mortgage Advantage, is the new book written by HomeEquity Bank’s CEO Steven Ranson and Executive Vice-president of Marketing Yvonne Ziomecki. Home Run provides a straightforward and candid resource for you and your clients who are considering using a Reverse Mortgage to ensure their retirement years are secure and enjoyable.

Throughout its eight chapters, the book covers a range of important topics, from trends in the Canadian real estate market, to the new face of retirees, anti-ageism advocacy, and insights from our clients.

Below, we look at some key takeaways from the book’s first chapter: Canada’s Unstoppable Real Estate Market. 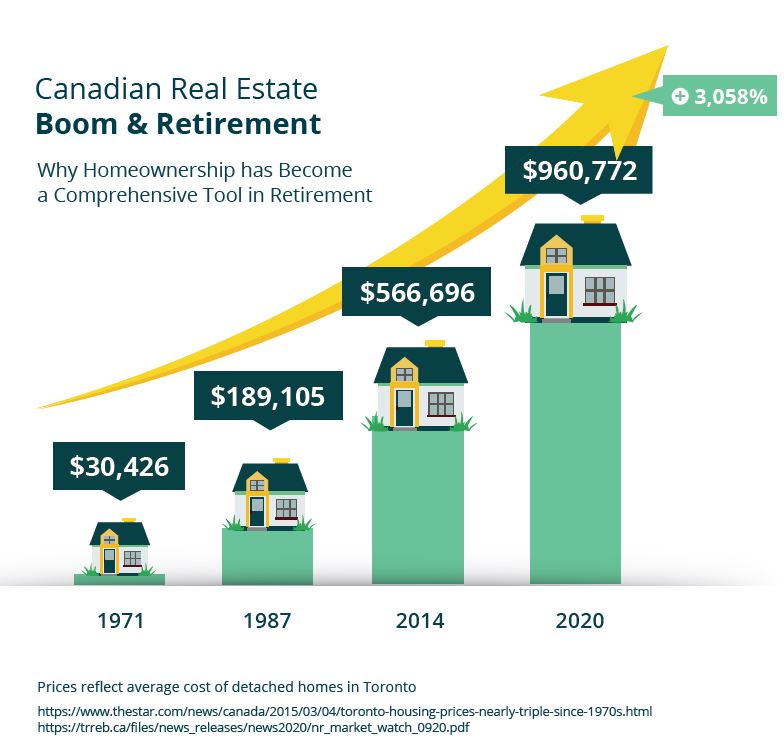 And the story looks similar across the rest of the country. The Canadian Real Estate Association reported in September 2020 that the average price of a Canadian resale home was $604,000, up 17.5% from a year earlier.

While house prices have been exploding, interest rates have dropped. In the early 2000s, the interest rate on a mortgage was around 7%, by 2015 the rate had dropped to 3.8%, and in 2020 the rate hovered around 2% for a five-year mortgage.

All of this is to say that today’s homeowners are sitting on considerable wealth which they may not be fully aware of.

Some harsh economic truths about debt in retirement

On the flip side, and despite having more wealth in their homes than ever, today’s older Canadians also carry more debt than ever.

But older Canadians’ money woes don’t end there. A 2018 report by Statistics Canada found that the 2008–09 recession, combined with the decline in pension coverage, and the shift from defined-benefit to defined-contribution pension plans in the 1990s and 2000s, may have made it harder for many to accumulate enough savings for retirement. The result of this is that Canadians are not only working longer than they used to, but they’re also retiring with less.

Furthermore, a 2016 study by the Broadbent Institute showed that the median value of retirement assets for Canadians aged 45 to 64 is just over $3,000. And with Canada Pension Plan payouts at around $700 a month, it’s not surprising that many Canadians are feeling a sense of despair around their retirement.

This was the case with Mary and John, a couple from BC who came to us a few years ago. The pair had not saved enough for their retirement and were relying on John’s modest pension for their daily living expenses. After speaking to our Mortgage Specialists, Mary and John signed up for the CHIP Reverse Mortgage. They were able to supplement their monthly income, helping them enjoy a more comfortable retirement in the home they loved. Looking back on the experience, Mary told us she had felt like she was drowning, and we had pulled her out of the water.

If your clients are like many older Canadians, they may be house rich but cash poor. In this situation, the CHIP Reverse Mortgage is a valuable tool that can help get them on track and create the secure and stress-free retirement they’ve always wanted. What’s more, the steps to securing a Reverse Mortgage are also stress free and straightforward.

If you’d like to read Home Run: The Reverse Mortgage Advantage, you can contact your BDM to get a copy today. Or place an order here.

Home Run: The Reverse Mortgage Advantage, is the new book written by HomeEquity Bank’s CEO Steven Ranson and Executive Vice-president of Marketing Yvonne Ziomecki. Home Run provides a straightforward and candid resource for you and your clients who are considering using a Reverse Mortgage to ensure their retirement years are secure and enjoyable. Throughout its […]
Read more

Thank you for sharing! Your email has been sent

Stay Informed!
Get the latest news & valuable content sent right to your inbox.

THANK YOU
FOR SIGNING UP !

KEEP AN EYE ON YOUR EMAIL FOR THE LATEST CONTENT. 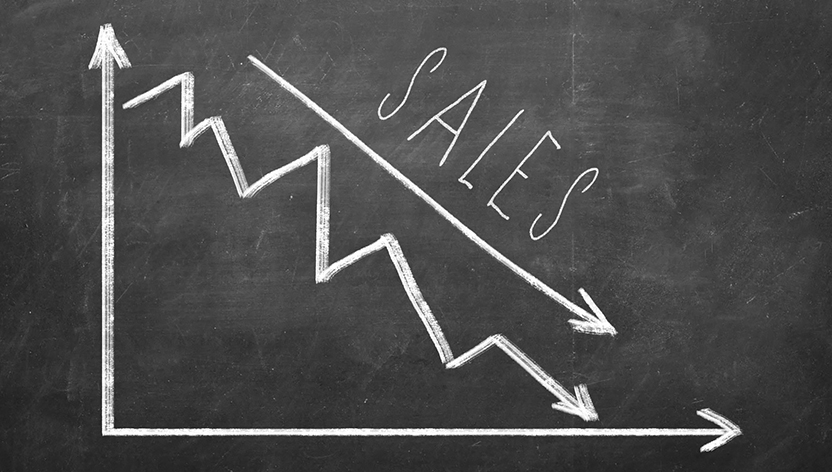 Lessons learned during a cooling market

The real estate and mortgage market has been softening in many parts of the country and many experts are forecasting it... 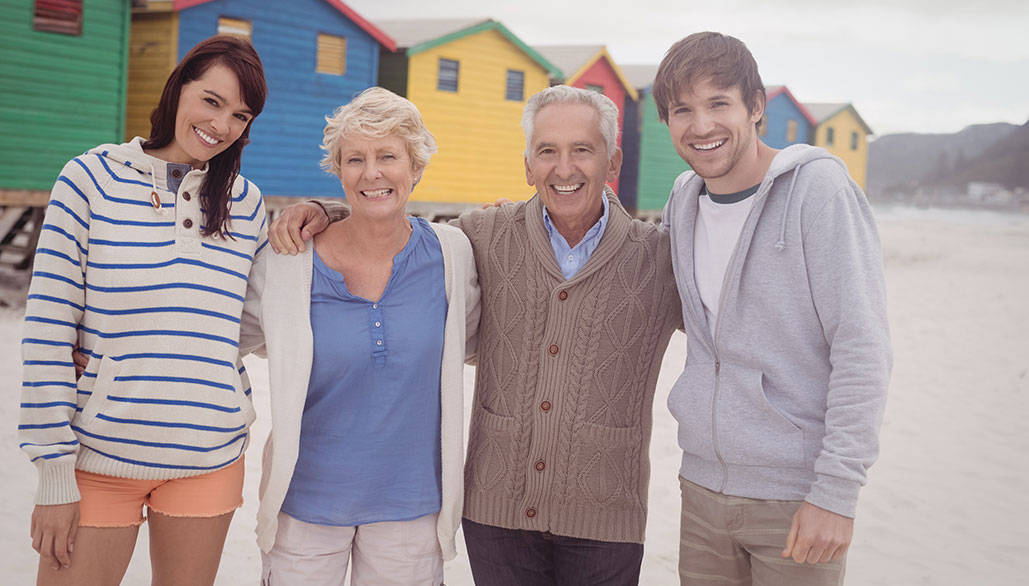 How to help your clients help family members It’s widely accepted that millennials are financially worse off than their parents, an... 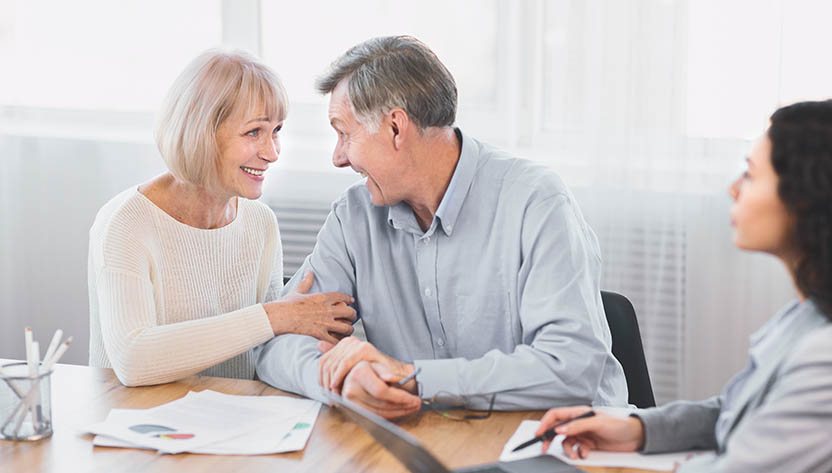 As many of your clients will be painfully aware, getting approved for a mortgage in Canada has become increasingly difficult. This... 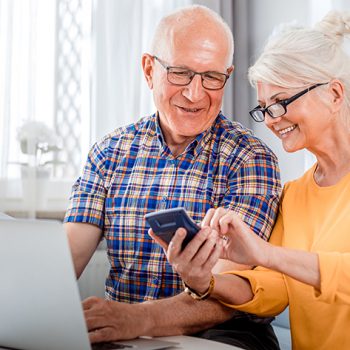 Home Run: The Reverse Mortgage Advantage - Chapter 4: The Joy of Aging in... 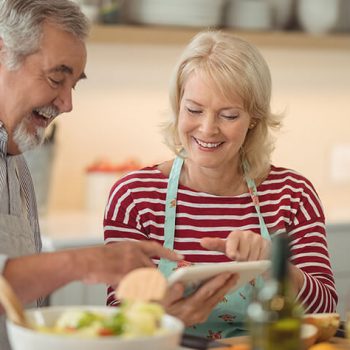